However, it is still possible to register on the day. Cheques are to be made to 'Army Triathlon Association’, and the fee will be £20.00 per entrant. On the day entry closes at 1100hrs.

General
The Army Triathlon Inter-Unit and Individual Sprint Duathlon Championships 2019 will be held at Abingdon Station on Wed 24 Apr 19 commencing at 1200 hrs.

Event
This sprint duathlon will be conducted on Abingdon Station airfield and is open to all service personnel and entitled MoD civil servants. This event is open to all standards of athlete and units are encouraged to allow individuals and teams to take part in this multi-sport event. This sprint duathlon will be completed over the following distances:

b. Cycle (Green Route). A flat 21.5km route on the runway and perimeter track – seven laps. Competitors should make note of the route which will be displayed in transition. Static and mobile draft busters will enforce British Triathlon Foundation (BTF) Competition Rules. Approved cycle helmets are mandatory. 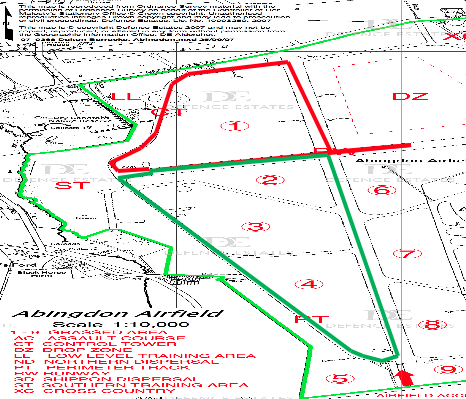 Each Team Manager is to confirm the team composition to the Events Manager on race day. Each service is entitled to enter any number of guests, which must be registered as such. Only those that count will receive a prize / trophy.

Army Major / Minor Unit Team Competition.
Units are encouraged to enter as many teams as possible. The team competition will be organised and based on the following categories:

Entry Process
Use of this online system is strongly encouraged, however last minute changes are inevitable and therefore entries on the day will be accepted. There will however be an on the day surcharge raising the entry fee to £20. To enter on the day, cheques are to be made to 'Army Triathlon Association’, the fee will be £20.00 per entrant. On the day entry closes at 1100hrs.

On the Day Entry
Cheques are to be made to Army Triathlon Association the fee will be £20.00 per entrant. On the day entry closes at 1100hrs.

Paratriathletes
The event will be open to all members of the Tri-Service community and the course will be adapted as necessary to ensure that all para-triathletes can race.

Need help with your registration?
Contact our Support Team.